Different Types of Discrimination in the Workplace 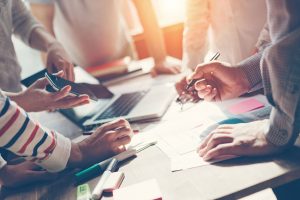 There are a number of different ways you, as an employee, may find yourself a victim to discrimination. Did you know it is illegal to provide unfair treatment to any employee based their personal traits such as: race, age, religion, and sex? You may know someone who has come forward, or talked about taking action against an employer, supervisor, or anyone in an authoritative capacity due to discrimination in the workplace. Often times it is difficult for victims to come forward, and many times cases aren’t even brought to trial because victims were either afraid, or unaware of the various types of discrimination and the laws protecting them from unfair treatment.

The definition of discrimination is:

“The unjust or prejudicial treatment of different categories of people or things, especially on the grounds of race, age, or sex.”

If you, or someone you know, have been a victim of discrimination, it is important to know your rights.

Discrimination of race is when an employer or supervising entity uses their position to treat someone unfavorably based solely on the fact that they are a member (or have hereditary traits) of a particular race. Examples of racial discrimination include actions such as: hiring, firing, or promoting of an employee based on race. For instance, suppose you worked at a job where you had experience and excellent tenure with the company who employs you; but you are terminated one day due to “cutbacks” while less qualified employees of different races all kept their jobs. This may very well be a case of discrimination of race in the workplace.

So what constitutes age discrimination?

Examples of age discrimination could be anything from being told the company is looking to hire only recent college graduates because they are more malleable, or being denied a scheduled raise because of your age. If you suspect you have ever been treated unfairly by an employer (or potential employer) because your age was somehow inconvenient, you may be a victim of age discrimination in the work place.

Examples of religious discrimination in the workplace could include: not hiring an employee because they observe the Sabbath each Saturday, or moving someone to a less publicly visible position because a supervisor feels their religious attire may make customers or clients uncomfortable.

“Sexual harassment is any advancement in the form of a text message, email, physical, or something that makes you feel uncomfortable.” – Helen Statigakos, Esq. – Helen Stratigakos, Esq.

Some common examples of gender discrimination include: not hiring a woman into a traditionally male workplace, denying a promotion to a man because he will be overseeing a group of employees who are predominantly the opposite sex, or insisting that an employee wear different clothing to work based on their sex.

If you feel you’ve been a victim of discrimination in or outside of the workplace, Stratigakos Law in Tampa can help! Call our office today at 813.226.0067 or click here to schedule a consultation.